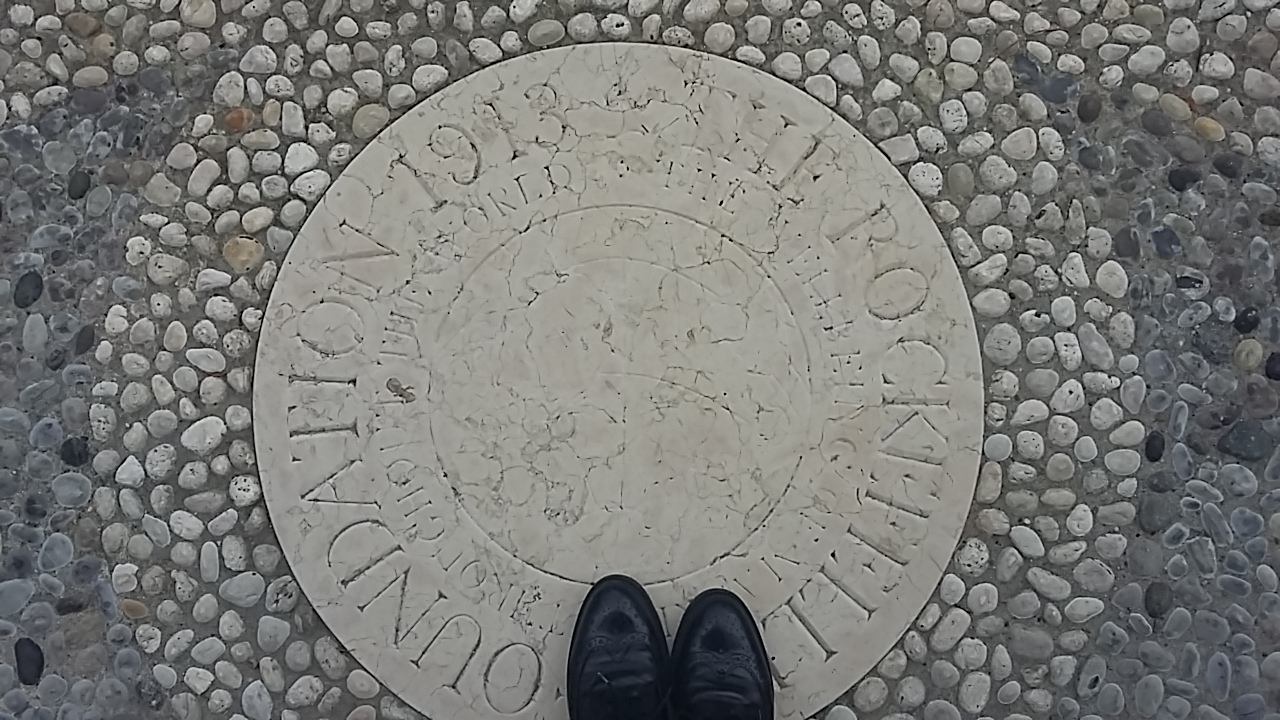 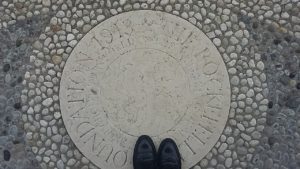 How much more picturesque the spur of Bellagio must have been when the summit of the hill was crowned by walls and towers, and its fortress menacingly dominated the placid panorama of the central lake .

After having climbed a stairway with broad steps, a black and white house …it is a General Serbelloni Villa .

A view of three lakes a spectacle expressly created for the pleasure of the eyes. At the top of the stairs , as you pass between two gateposts, you enter the area which for centuries was known as Castello di Bellagio. A stone wall ran from the small house at your righgt, which was one of its tower, northward and uphill to the summit of the promontory.

The guide will lead you above the entrance court of the villa and down a path to its eastern terrace, from which you have a splendid view of the Como and Lecco arms of the lake and of the interventing penisula as far south as the ridge of Monte San Primo, which marks the southern boundary of the commune of Bellagio.

This terrace is thought to be the site of the Villa Tragedia of Pliny the Younger.

In the immediatee foreground below , you see formal gardens , designed in the 1930’s after Pliny’s descriptions of his gardens: little color,flower for fragrance,box cut into fanciful shapes,and clipped yews.

Below the gardens are the olive groves and the other buildings of the Villa Serbelloni property.

Fist, on the left, the Maranese  , named for thrfamily that owned this section of the land in the fiftheenth century,. Further down, in the center, the red buildingngs of the former Capuchin monastery,built by Duke Ercole Sfondrati in the year 1609  to house fourteen friars.

The yellow buildings on the shore of Lecco arm of the lake are called the Sfondrata houses. They were constructed in the 1590’s by Ercole for his brother, Cardinal Paolo Camillo Sfondrati.

The history of the Villa Serbelloni can be reconstructed from both archeological and documentary evidence. With the exeption of one of the pre-Roman basinstones, mentioned in the Historical Outline and to be seen later on this tours, the earlieer archeological eviddence of habitation on the promontory of Bellagio is a quality of Roman roof  tile found in the fill of the terrace on which you are standing. Supplementing this is a Roman votive altar of the first or second century AD, known to have been on the propertyin the nineteenth century and rediscovered on this terrace a few years ago. It now stands in the grotto at the eastern end of the terrace. Its inscription states that two gentlemen of the Justus family freely and duly fulfilled a vow they had made to Jove:

Much more there is  to write, to say and to see about this incredible place.

I  invite you to find same time to join the guided visit that will give you the possibility to appreciate the spelndid view from eight-century gardens of the branches of the lake of Como and Lecco.

From the fortifications on the ppromontory, view of the northern branch of the lake and the alps.

Conducted tour of the park of the Villa Serbelloni : 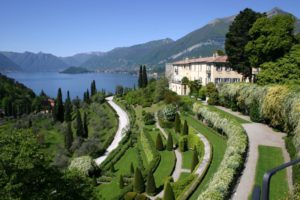 Before Easter until September everyday excepted Monday, for a minimum of 6 pax to maximum of 30.  Lasting about 1,30 h starts from the Entrance in the church square  of  St. Giacomo – at the top of the hystorical part of Bellagio.  Admission charge. 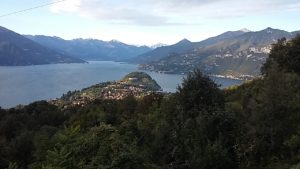